The Market Square in Poznań was established in 1253 when the dukes of Wielkopolska, Przemysl I and his brother Boleslaus the Pious issued a foundation charter for Poznań on the left bank of the river.
A Town Hall was build on the spacious square as a seat of the city authorities. Cloth halls, shambles and other merchants’ facilities were also located there. Tenement houses were built around the square. The land division was established shortly after the foundation of the city and was maintained until the end of the 19th century.
Among them is our humble abode – house no. 5 which is the location of the Ratuszowa Restaurant today (formerly Ratuszowa Wine Bar).
In the period of over 700 years, tenement house no. 50 experienced many dramatic events entailed by military operations, fires and floods. However, it was always reconstructed thanks to the efforts of its owners.
The oldest records say that Town Councillor Piotr Adam purchased the house in 1468 from the heirs of Piotr Berger, a brewer. In the mid 17th century tenement house no. 55 belonged to Nicolas Pinocci, an Italian from Lucca. His brother, Hieronim Pinocci was a long-term emissary of King John Casimir. 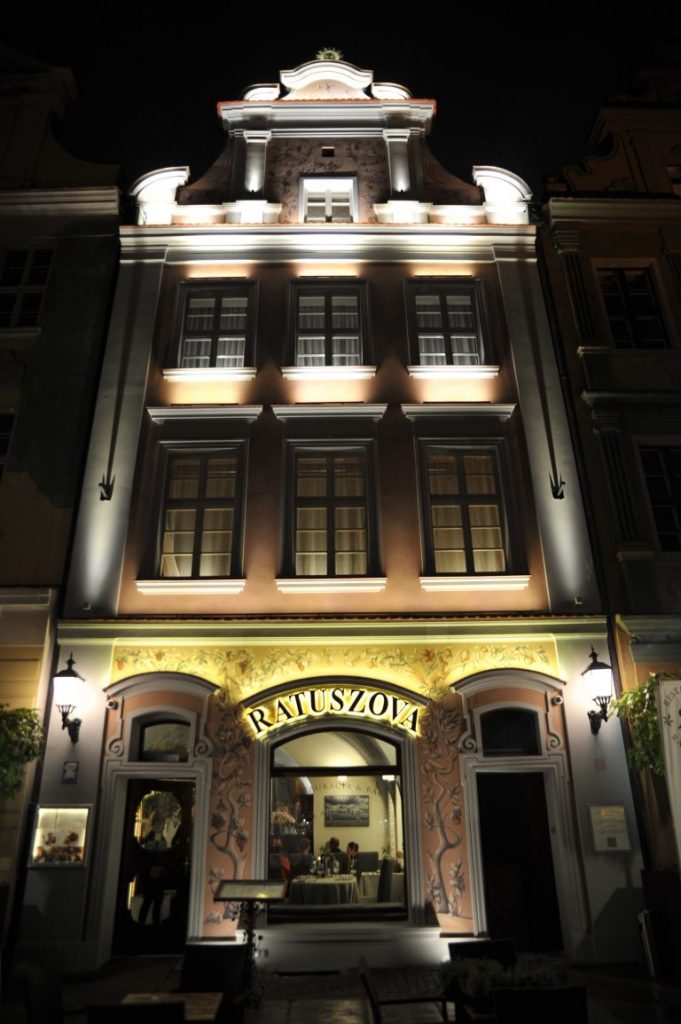 KING OF POLAND JOHN CASIMIR – a visitor to tenement house no. 55

King John Casimir visited Poznań in the winter of 1657-1658, a breakthrough period for Poland following lengthy negotiations that led to the Welawa-Bydgoszcz Treaty in the autumn of 1657. The Pinocci house was a temporary residence for John Casimir because the Royal Castle in Warsaw had been damaged during the war. The Pinocci house was additionally furnished with tapestry, refined furniture and equipment that highlighted the King’s stay in the city house. In those winter months of 1657 – 1658, the King brought some society to Poznań. The Pinocci house was frequented by the nobility, clergy and professors of the Lubrański Academy who accompanied John Casimir in his numerous feasts and disputes about the current situation of the state. „Gazette de France” wrote in a report from Poznań dated 18 December 1657: „His Majesty King of Poland frequently talks with Hetman Lubomrski and some senators in order to find a way to make peace with Sweden and then to get rid of Austrian troops in a fair way and with dignity”. The King also participated in Carnival parties organised at the Pinocci’s. Music and dancing often lasted until daybreak.
The adjacent house (no. 54) was owned by Mikołaj Skrzetuski. Jan Skrzetuski, the main character of the novel „With Fire and Sword” by Henryk Sienkiewicz was modelled after him. It was Jan Skrzetuski who broke out of a siege in Zbaraz to reach King John Casimir. So, the fates of Jan Skrzetuski and King John Casimir met in Poznań.

IN THE SHADE OF THE TOWN HALL TOWER

The tenement house visited by King John Casimir was burned during the siege of Poznań in 1945. It was reconstructed only in 1953 based on the design by Regina Pawulanka, Florian Rychlicki and Włodzimierz Wojciechowski. Gothic vaults were retained in the basement and the whole house was reconstructed in the Barque style.
The life on the Poznań Market Square was always passing by in the shade of a beautiful soaring Renaissance tower of the Town Hall. The Town Hall itself is the historic patron of our Restaurant.
Due to its history and the events it witnessed, the Ratuszowa Restaurant located in house no. 55 is ready to treat you any time. You will taste the specialties of the traditional Polish cuisine in the same interiors that hosted King John Casimir… 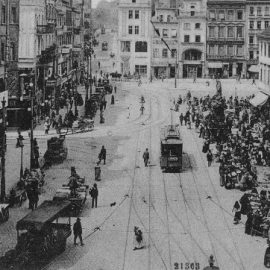 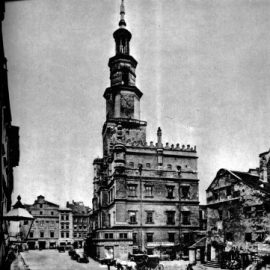 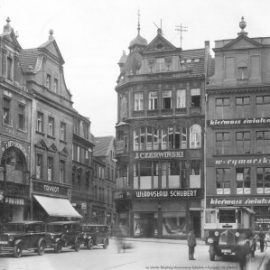